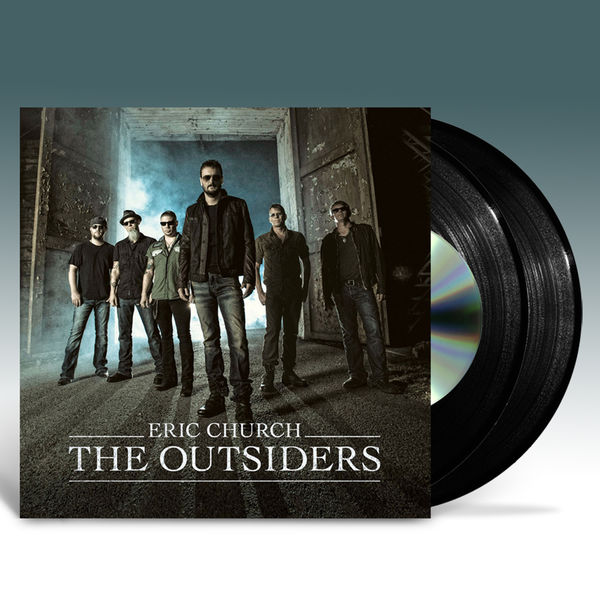 As well as being the most successful Country album of 2014, ‘The Outsiders’ stands as a statement of intent, defining Eric’s long-held view that song-writing doesn’t need to be bound by convention. Not only did he enter the studio with twice the number of songs he had for previous album ‘Chief’, songs ranging from ‘The Outsiders’ (a fired-up call-to-arms) through to ‘A Man Who Was Gonna Die Young’ (the North Carolina story-teller at his most vulnerable), he was determined to maintain an open mind, to follow his heart and the natural flow of the music, and to keep things real.

These recordings, over-seen by producer Jay Joyce, weren’t going to be judged by how perfect they were; the litmus test was simply ‘how does it feel?’, both for the listener and the performer – which is why ‘A Man Who Was Gonna Die Young’ is a microphone check that turned into a spontaneous performance; why the harmony vocals for ‘Cold One’ were cut live with the main vocal; and why the spoken word intro to ‘Devil, Devil’ (‘Princess Of Darkness’) was recorded on Eric’s phone in the Opry Mills mall parking lot in Nashville!

Now at double platinum status in the US, ‘The Outsiders’ stands for all of those values most closely associated with Eric Church – creativity over commerce, “front row over Music Row”, remembering earlier times when life was tougher, and thinking well outside of the box… in fact, reducing that box to matchwood.
In those earlier times, Eric saw something in the eyes of the crowd that struck a chord. He felt they needed a voice – a cause, not just to rally behind but to be a key part of; and with ‘The Outsiders’, studio album Number 4, artist and audience came together to make a collective fist. This official Snakefarm Records Re-issue comes with bonus tracks and special packaging.