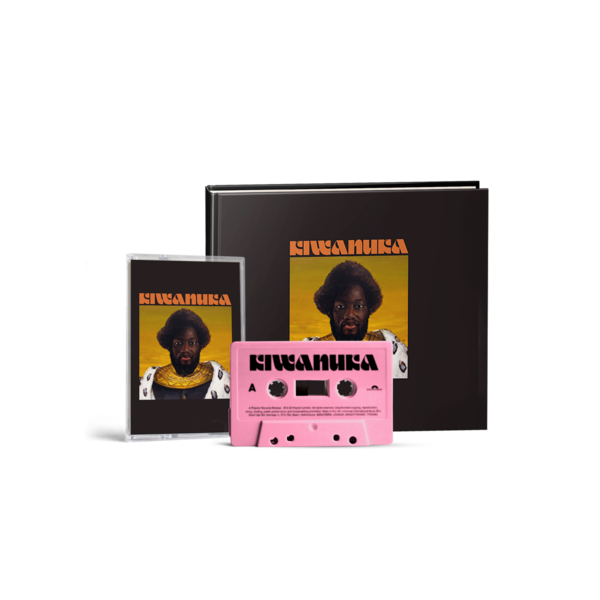 ‘KIWANUKA’ was recorded in New York, LA and London. Michael returned to the studio with Danger Mouse and Inflo, the same production team that combined so magnificently on Love & Hate, KIWANUKA finds a new assuredness in Michael’s writing, and takes the basic sonic blueprint of that last record to a dizzying new realm.

Michael will tell you of his love for records that entwine their songs with incidental skits and shape-shifting spiralling outros, so the listener experience is almost that of listening to one long, dramatic song. KIWANUKA fulfils that winding, dream-like haze, unhurried.

KIWANUKA is Michael serving from the heart, from the mind, and from the soul.

On the album title, Michael explains “This album, it’s kind of a defiant thing; I’m engaging with who I am and I’m not going to have an alter ego, or become Sasha Fierce or Ziggy Stardust, even through everyone’s telling me I need to be this, that or the other. I can just be Michael Kiwanuka.”

1. You Ain’t The Problem

5. Piano Joint (This Kind of Love)

6. Another Human Being (Interlude)