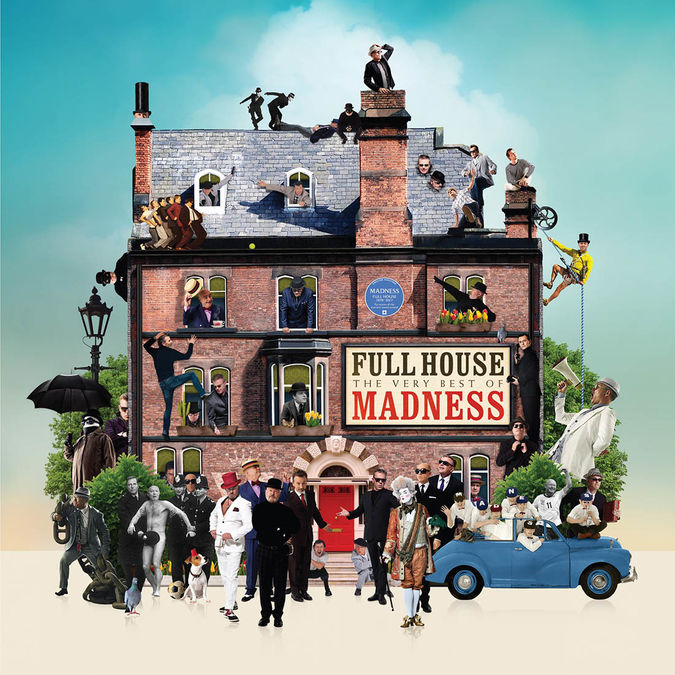 Full House – The Very Best Of

Madness continue to cement their position as the UK’s favourite band, with their House Of Common and House Of Fun events becoming annual fixtures in every fan’s calendar.

Madness are national treasures, with a huge following. Their shows consistently sell out and sales of their current album confirm that, after nearly 40 years, they are still as relevant as they ever were.

‘Full House’ is a best-of and then some, featuring 42 of the band’s very best songs, including the hit singles from all of their records (including the above), plus a few of the band’s favourite album tracks. It is a joy to listen to; in mostly chronological order, the 2CD set and download charts the highlights of their career, from 1979’s ‘The Prince’ to 2017’s ‘Another Version Of Me’, with smash hit singles like ‘Our House’ and ‘It Must Be Love’ nestling in between. The LP version of ‘Full House’ comes on four pieces of 180gm vinyl with a special pop-up gatefold sleeve and printed inner bags.